Investigation of a Series of 1,4-diaryl-pyrazolo-pyridinones as Anti-Leishmanial Agents

Objectives/Goals: This study was conducted in order to identify novel chemical compounds that exhibit anti-leishmanial activity and to further characterize their efficacy and toxicity in in vitro and in vivo systems in the hopes of future chemotherapeutic developments.

Results/Anticipated Results: Four experimental compounds had IC50 values less than 5μM, providing similar anti-leishmanial activity to miltefosine. Compound 9279817 had a clearance almost twice the rate of normal hepatic blood flow and had a relatively high volume of distribution, indicating this compound is rapidly cleared and distributes into tissues. In vitro rat liver microsome assays suggest a rapid metabolism of 9279817, and MS/MS results suggest this metabolite is most likely formed via oxidation of the sulfur on the lower aromatic ring.

Discussion/Significance of Impact: This study revealed a novel structural class of compounds that have anti-leishmanial activity. In vitro experiments show compounds with similar efficacy as miltefosine while having significantly less cytotoxicity, suggesting that this class could be further developed as a potential chemotherapeutic. 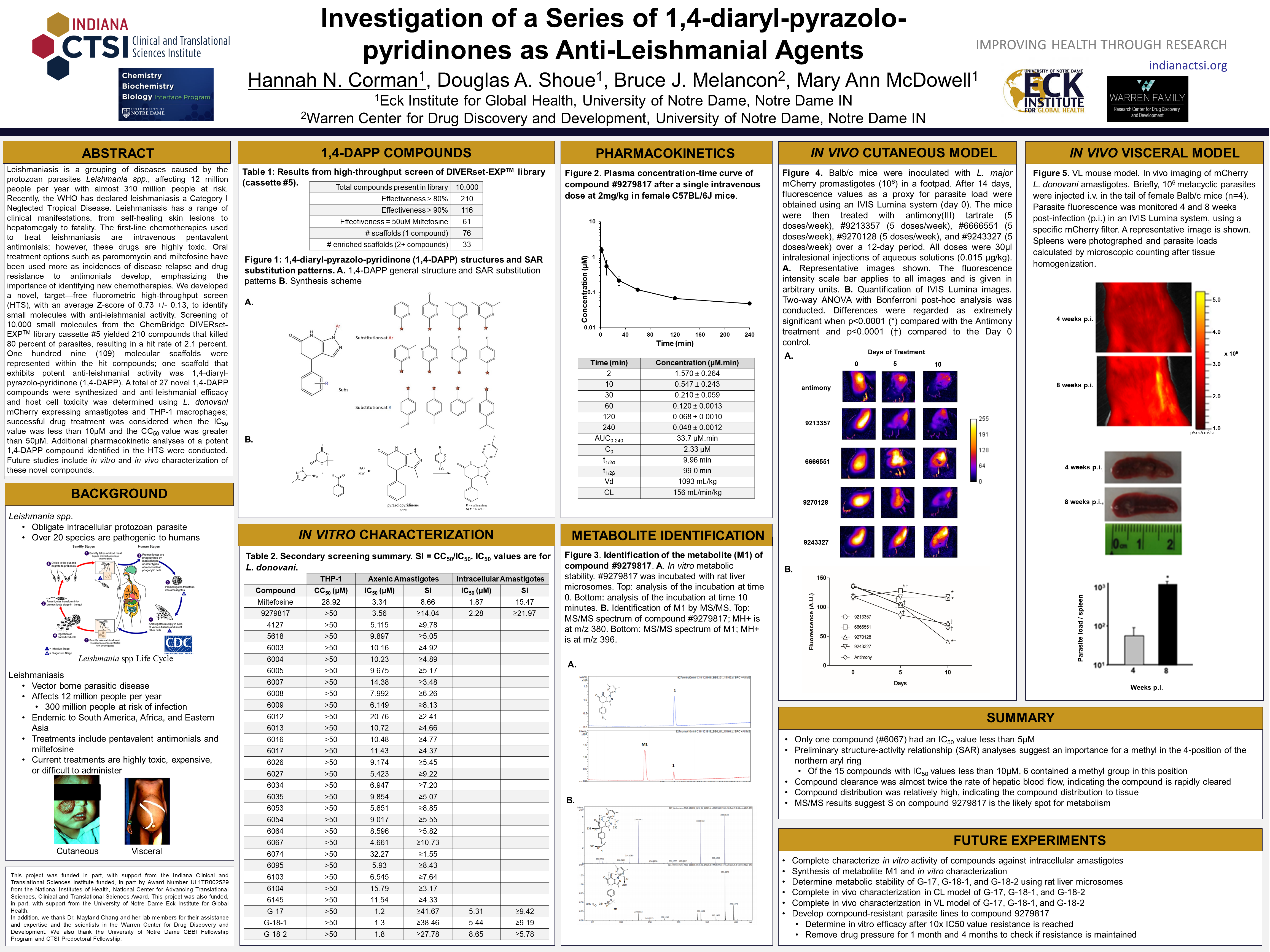