Cardiovascular and Diabetes Coalition of Indiana – About Us

Established in 2004, the Diabetes Advisory Council at the Indiana Department of Health (IDOH) worked to create a comprehensive statewide plan in order to reduce the burden of disease. In September of 2011, transitional meetings began to take place to turn the Diabetes Advisory Council into the Cardiovascular and Diabetes Coalition of Indiana (CADI), which expanded its scope to include heart disease, diabetes, and stroke. In January 2012, the council and coalition coordination meeting took place, followed by members of the coalition receiving their first email from CADI on April 12th, 2012. CADI helped to develop the Better Together Plan (BTP), which addressed all three chronic diseases together in 2015, and this plan was launched in 2016. The three main goals of the BTP were:

After developing the BTP and establishing its goals, BTP went on the road to be presented in 4 counties around Indiana in 2017. The four counties included South Bend, Gary, Fort Wayne, and Evansville.

The Cardiovascular and Diabetes Coalition of Indiana is housed within the Indiana Clinical Translational Sciences Institute (CTSI), located on the Indiana University Purdue University (IUPUI) campus. CADI is proud to reduce the burden of cardiovascular diseases, diabetes, and stroke around the state through education, collaboration, awareness, advocacy, and access to care.

Lead of the Cardiovascular and Diabetes Coalition of Indiana 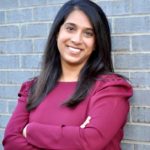 Aliya Amin, MPH, earned her Master’s in Public Health from Indiana University in 2009 after receiving her Bachelor of Arts degree in Psychology from the University of Michigan. She began her career working for the State of Indiana on Medicaid policy and quality measures in the Office of Medicaid Policy and Planning before serving as Executive Director of Muslim Alliance of Indiana. As director of a statewide nonprofit organization with a focus on advocacy, education and engagement for underrepresented communities, she spoke in public forums and led efforts in community organization and coalition building. As Coalition Lead of the Cardiovascular and Diabetes Coalition of Indiana, a Connections IN Health initiative at Indiana Clinical and Translational Sciences Institute within the Indiana University School of Medicine, she brings together her passion for public health and community led efforts to improve the health of all Hoosiers by reducing risk factors for chronic disease and aspiring towards health justice. Aliya is a wife, mother of three and continues to give back to community through serving on a handful of local boards.