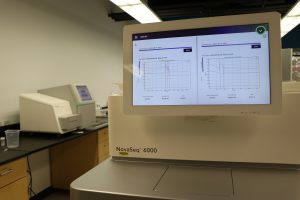 The IU School of Medicine Center for Medical Genomics (CMG) provides next generation sequencing, single-cell analytics and high-throughput genotyping for investigators. Most of the requests the core receives are for RNA and DNA sequencing, but the center staff also directly process biological specimens to help investigators move forward with their research, especially for single-cell-based services.

“For single-cell RNA sequencing, you have 20,000 genes, 10,000 cells, 200 million numbers that you get from one single experiment,” said director Yunlong Liu, PhD. “There is a lot of amazing data being generated. It would just blow you away in terms of the amount of information being generated and also the resolution of biology we can understand.” 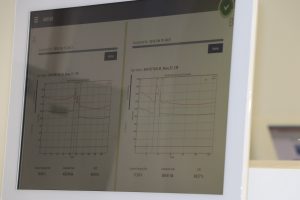 Liu says his team stays busy, but they pride themselves on being able to help any researcher, whether that person needs a handful of samples analyzed or upwards of thousands. He says their core is very different from other commercial companies that offer similar services.

“There are some sequencing companies, but their goal is to make money,” said Liu. “Sometimes they can analyze assays cheaper than us, but their pipeline is extremely standardized, which means they are not going to modify something for your specific experiment. Most of our users have a small amount of samples. It’s very difficult for commercial companies to take their business. For us, it’s different. We don’t distinguish between small customers and big customers. Every customer, even if you have only two samples you need to run, we’ll make sure we’re doing it right.” 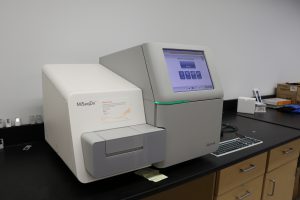 Between 2017 and 2019, the CMG completed more than 800 projects and served more than 200 investigators. The sequencing process has changed dramatically through the last several years as technology has advanced.

“Back in the 1990’s to 2000’s, if we sequenced one human genome, hundreds of labs in the world were working on that and it would take 13 years to sequence one human genome that would cost $3 billion,” said Liu. “Today in our center, one technician can sequence 200 whole genomes in a week and the cost is about $1,000 per sample.” 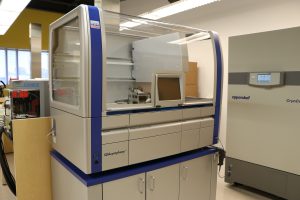 The core scientific team can do personalized consulting with investigators as they plan their experiment. Liu says another valuable aspect of the core is its seamless integration with bioinformatics.

“If we just generate the data and gave the data back to the users, there’s no biology behind it,” said Liu. “There’s a lot of process that needs to happen, computationally, so we can understand the biology behind the data. Sometimes even before you do any experiment, we already bring the bioinformatics people in.” 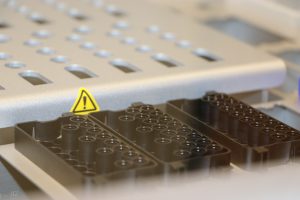 The CMG has put a major effort toward educating local users on their advanced genomic technology by organizing symposiums, workshops and special seminars. Liu says it gratifying to see their efforts help investigators and lead to important scientific discoveries.

“Our local investigators are fully aware of the importance of this technology,” said Liu. “In one of the recent workshops the CMG organized, over 200 scientists showed up, many from Bloomington, Purdue and Lilly.”

The turnaround time for data is usually between 3-4 weeks after investigators send samples to the core. Liu says they also make sure they have affordable prices.