One of the event’s speakers was James Thompson, who is the Associate Vice President for Innovation and Executive Director for the Commercialization Engine Team at the University of Notre Dame. He talked about how his team assess risks, categorizing them as red, yellow or green, and then compares those to the potential benefits before deciding to move forward. 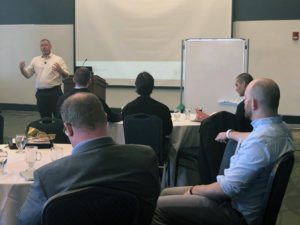 James Thompson, Associate Vice President for Innovation at the University of Notre Dame 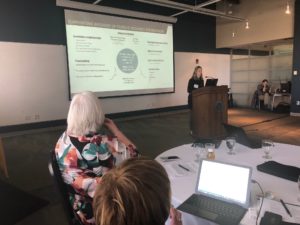 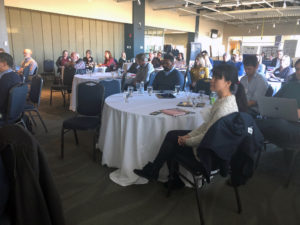 Brooke Beier, PhD, who is the Vice President of the Office of Technology Commercialization for the Purdue Research Foundation also presented her commercialization perspective from her campus. She also talked about the successes they have seen at Purdue, with more than 200 startups created and $350 million in funding in five years (between 2014 and 2019).

“The magic is the little collisions in the hallway at the Convergence Center at Purdue’s Discover Park District,” said Beier, referring to people who happen to run into each other there, sparking spontaneous conversations that lead to unexpected innovations.

Melanie DeFord, who is the Deputy Director and Navigator of the Indiana CTSI at Notre Dame, says their campus has several significant strengths, including drug discovery and design, basic cancer research, and applied math and computational statistics. 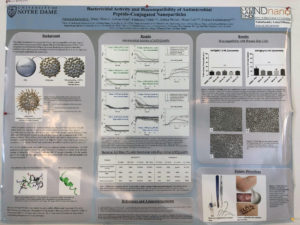 “One of our greatest strengths is not a specific discipline, but our size,” said DeFord. “Notre Dame is big enough that researchers feel like they have a peer group, but we’re small enough that people can cross disciplinary bounds and work together.”

DeFord started working at Notre Dame more than 30 years ago and recently transitioned into her role as deputy director and navigator. She says the theme of “Commercialization” for this year’s retreat was inspired by one of the university’s goals, which is to be a force for good. DeFord says that in order to help people, their technologies and discoveries need to leave campus, which happens through commercialization. She says the Notre Dame retreat also gives her scientists an opportunity to showcase what they can do. 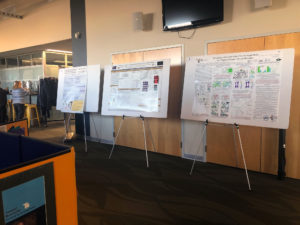 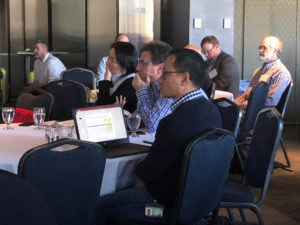 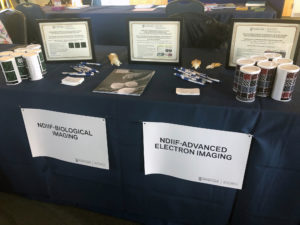 “Without Notre Dame itself having a medical school, we’re not necessarily used to seeing people in white coats walking around and talking about clinical research,” said DeFord. “Our faculty are basic researchers, for the most part, but to see that you’re a part of the bigger picture, that really helps us see where we fit.”

Also at the event, several researchers displayed scientific posters. There were also tables set up for scientists to learn more about the Indiana CTSI core programs.