Scientists at Purdue University and Indiana University School of Medicine have developed a novel way to turn a gene on and off in the brain—a finding that could lead to new therapies for cancers and other genetic diseases. 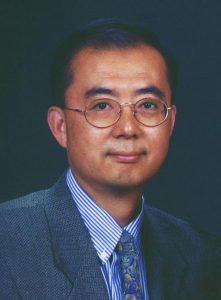 Supported in part by the Indiana CTSI, the interdisciplinary team of neurologists and biological engineers discovered they could use a toolbox of light-sensitive proteins and enzymes, combined with a blue light, to alter the epigenetic state of the gene Ascl1, which acts as a switchboard telling stem cells in the brain what to turn into.

Their findings, recently published in Nature’s Scientific Reports, could have implications for a variety of genetic diseases, said senior researchers and co-corresponding authors Feng C. Zhou, PhD, a neuroscientist and professor of anatomy and cell biology at IU School of Medicine, and Joseph Irudayaraj, PhD, a professor of agricultural and biological engineering at Purdue.

“If we can alter the epigenetic state at a specific location of a gene, then we can turn that gene on or off for personalized medicine,” Dr. Irudayaraj said in a news release.

Epigenetics is the study of chemical reactions that activate and deactive parts of the genome, which is the complete set of DNA and hereditary information in an organism. While a person’s genome is the same in every cell, their epigenome responds to environmental factors such as stress, diet and toxins, and therefore can change and trigger diseases, he said.

“The ability to determine the fate of neural stem cells may one day be applied to produce neurons in Down syndrome or to reduce the malignancy of brain tumors,” Dr. Zhou said. “Our research presents one more hope that, if caught in an early stage, these diseases can be reversed in the future.”

Dr. Zhou, co-corresponding author on the study, said the research team’s new epigenetic editing technique is similar to “designing a beacon and a missile to deliver to the cells.”

The ability to locate a precise section of a gene and modify it on command makes all the difference, he said.

“We’ve found that a reaction in a very small number of functional epigenetic codes—three to four out of thousands—can be used to turn a gene on and off,” Dr. Zhou said. “This has greatly scaled down the work, making it possible to design a key to the precise keyhole that opens or closes the door to genes that could cause a disease.”

Dr. Zhou said the research is still in the early stages. The team plans to further study their new technique in mouse brains.

Authors in addition to Dr. Zhou and Dr. Irudayaraj are Chiao-Ling Lo, PhD, a research associate in Dr. Zhou’s lab at IU School of Medicine, and Samrat Roy Choudhury, PhD, a former postdoctoral researcher at Purdue.

Their research was funded by the W.M. Keck Foundation, the National Institutes of Health and the Indiana CTSI.