Two IUPUI students are getting ready to graduate in the spring, after building a strong foundation together through the Indiana Clinical and Translational Sciences Institute (CTSI). Aishat Audu and Anna Martin interned in the ACS Project SEED program at Eli Lilly and Company during high school, which was supported by the Indiana CTSI Project STEM K-12 Initiative. Their work there set them on a path to study science in college.

“During my second year of Project SEED, I was at Lilly,” said Audu. “I was the student leader, so I got a group of kids [as part of my team], and one of them was very bubbly and laughed a lot. So that’s how I met Anna.”

“She mentored me, showed me around Lilly’s campus and we carpooled to IUPUI,” said Martin.

Martin was originally planning to major in piano performance or theater. After participating in Project SEED, she changed her career path and discovered that science was her passion.

“I would definitely say that Project SEED taught me networking skills with my peers, as well as the PIs,” said Martin. “Also just basic laboratory science, being able to experience it in the industry was phenomenal.” 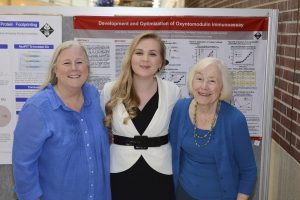 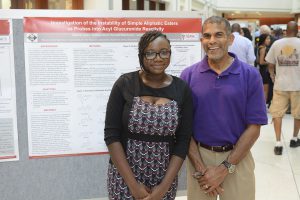 Aishat and her 2015 mentor, Dr. Anthony Borel from Lilly 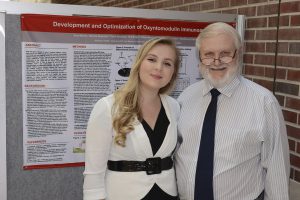 Anna with her father at 2015 Project SEED poster session 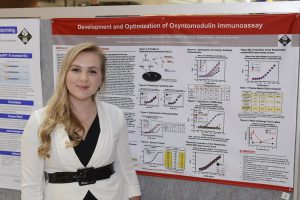 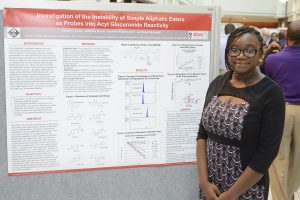 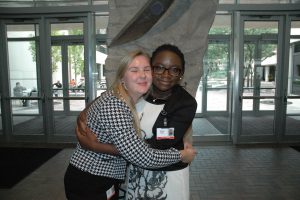 Aishat and Anna at Lilly during summer 2015 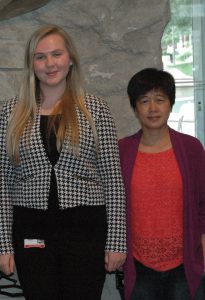 Anna and her mentor, Dr. Ginny Yang, at Lilly during summer 2015 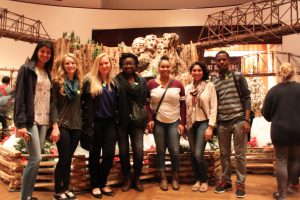 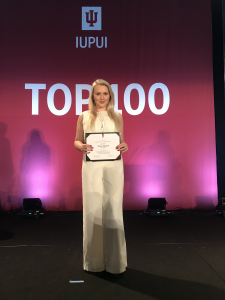 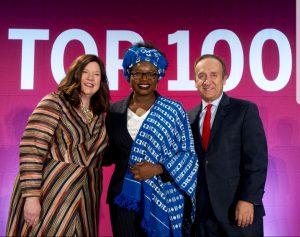 “Project SEED was my first time ever doing a research project, so I was really nervous when I first applied,” said Audu. “When I got in, I got a lot more comfortable with it. It validated my opinions about science and how I felt about science.”

Both Audu and Martin were recognized as Top 100 undergraduate students at IUPUI.  They are grateful for the opportunities they’ve had to learn and grow together, including their work under their mentors at Eli Lilly and Company, Anthony Borel (for Audu) and Ginny Yang (for Martin).  Paul Ardayfio is a clinical research advisor at Lilly who serves as the program’s site coordinator.

“They did fabulous work there,” said Ardayfio. “They are rock stars, absolutely exceeded expectations. Project SEED and Project STEM are rare programs, because it’s rare for students in high school to be able to have the opportunity to do authentic research.”

“It was just an incredible experience,” said Martin. “I’m so thankful and I know that it helped me become who I am today.”