The importance of accountability for clinical trial diversity

Lauren Nephew, MD, a 2018 KL2 Awardee through the Indiana Clinical and Translational Sciences Institute (CTSI), was recently invited to write a commentary about clinical trial diversity for EClinicalMedicine, an open access clinical journal published by The Lancet. Nephew was struck by the diversity she saw in the Pfizer and Moderna COVID-19 vaccine studies and believes this should be the standard for all clinical trials. 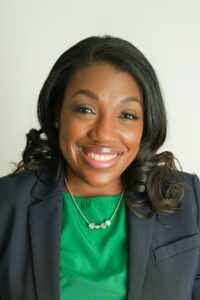 “Diversity is not something that is regularly thought of as a priority,” said Nephew, who is also an assistant professor medicine in the Division of Gastroenterology and Hepatology at IU School of Medicine. “There’s a lot of lip service given to clinical trial diversity, but not a lot of actionable steps to make sure diversity happens. I was struck by the fact that they [Pfizer and Moderna] were able to do it and that they made it a priority. Because they made it a priority, it happened. And I think that that’s not always going to be the case.”

Nephew said she was excited to see the piece the U.S. Food and Drug Administration (FDA) put out last year about enhancing the diversity of clinical trial populations, but still believes more should be done. For example, if a clinical trial does not meet a minimum standard of diversity, Nephew suggested that information should be included as one of the study’s limitations.

“A reasonable standard would be that the FDA requires a standard that your study population looks like the population that’s going to receive the drug or the intervention,” said Nephew, who is also a member of the Indiana University Melvin and Bren Simon Comprehensive Cancer Center. “To me, that doesn’t seem unreasonable to ask, although I know achieving clinical trial diversity is difficult.”

Nephew acknowledged that investigators may recognize diversity is important, but still face challenges in trying to meet diversity standards. She suggested potential regulations could be partnered with financial support to make diversity more achievable.

“Granting agencies and industry would have to be prepared to pay,” said Nephew. “Diversity can happen, but it’s not cheap. It’s not cheap to go into communities, provide education, or open trial sites on the weekends and after-hours. It’s not cheap to have translators available for Latinx populations. These things are costly, but they can be done. They were done for the Moderna and Pfizer trials. I think these things can be done, but you need accountability.”

Nephew said one of the major issues with not having enough diversity in clinical trials is that it can be difficult to tell whether that study is generalizable across different populations.

“Researchers need to know that it is not acceptable to submit a paper that has one percent minority population or that you didn’t even capture demographic information,” said Nephew. “Many of us apply for NIH grants and they ask us to submit our plan for diversity, to make sure we have gender equity or racial equity. We submit these plans and then I don’t know that anybody follows up to make sure those things happened or if there’s any special money earmarked to help investigators achieve these goals. It’s not easy, it’s not inexpensive, and it’s not intuitive if it’s not an area you’ve worked in before, but diversity should be a priority. And I argue it should be a requirement, quite frankly. And if made so, then researchers will make it happen.”

Nephew also noted that clinical trial diversity is important because medicines and interventions can respond differently in people who have different lived experiences, underlying comorbidities, and exposures in their environments.

“People’s exposure and environments are very different depending on their cultural background and exposures,” said Nephew. “Those factors can drive differences that I think are important for us to acknowledge, study, and recognize.”