Every year, dengue viruses cause nearly 100 million clinical episodes world-wide. In 2019, Latin America had its worst recorded outbreak of dengue virus with almost 3 million cases. The first licensed dengue vaccine (CYD-TDV) protects individuals with previous exposure to dengue virus, but increases the risk of severe dengue in vaccinated individuals who have not been exposed to dengue virus. Many researchers assume that CYD-TDV emulates a natural silent infection. Nonetheless, models used to interpret the efficacy trials of the vaccine have omitted unmeasured heterogeneities in the population. These heterogeneities could bias the vaccine’s profile. We used an agent-based model of dengue virus transmission coupled with clinical trial procedures for each of the populations where the trials were conducted. Our aim is to use our model, which includes unmeasured heterogeneities to estimate the vaccine profile. However, parameterizing this type of models is challenging. We built synthetic populations to simulate dengue vaccine trials around the world using publicly available databases. We estimated demographic and geographic characteristics of each population using a combination of datasets, such as IPUMS, WorldPop, OpenStreetMaps, and GADM. Also, we represented human mobility patterns based on distance from home and type of location within a city. Finally, we estimated population density and entomological parameters of the Aedes aegypti mosquitoes that transmit dengue virus, using global estimates of mosquito occurrence probability and climate time series of each synthetic population. Our results include a representation of each of the locations where the trial was undertaken. By fitting our agent-based model to field data, we were able to reproduce the estimates of vaccine efficacy. In this study, we developed a methodology to generate synthetic populations for agent-based models of dengue virus transmission. In the near future, we will use these synthetic populations with our calibrated model to estimate vaccine parameters under different assumptions of the vaccine mode of action. 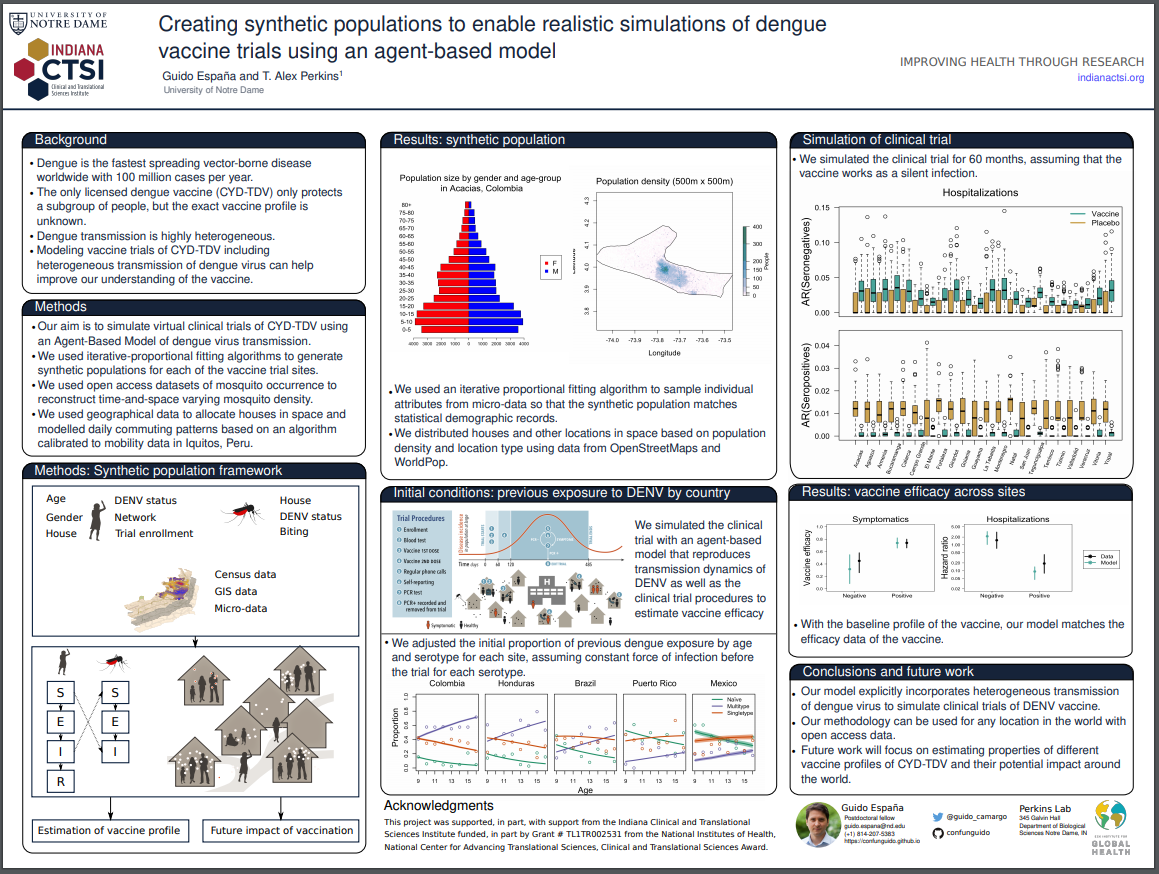