Methods: MENs compose of core-shell structures that are attracted to strong external magnetic field (~5000 Gauss) but produces electric currents with weaker magnetic field (~450 Gauss). MENs were IV treated into mice and drawn to the brain cortex with a strong magnetic field. We then stimulate MENs with a weaker magnetic field via electro magnet. With two photon calcium imaging, we investigated both the temporal and spatial effects of MENs on neuronal activity both in vivo and in vitro. We performed mesoscopic whole brain calcium imaging on awake animal to assess the MENs effects. Furthermore, we investigated the temporal profile of MENs in the vasculatures post-treatment and its toxicities to CNS. Finally, we tested its effect on a tibial nerve injury (TNI) mouse model by evaluating their pain response pre- and post- treatment via Von Frey assessment.

Results: MENs were successfully localized to target cortical regions within 30 minutes of magnetic application. After wirelessly applying ~450 G magnetic field between 10-20 Hz, we observed a dramatic increase of calcium signals (i.e. neuronal excitability) both in vitro cultured neurons and in vivo treated animals. Whole brain imaging of awake mice showed a focal increase in calcium signals at the area where MENs localized and the signals spread to regions further away. We also found MENs stimulatory effects lasted up to 24 hours post treatment. MEN stimulation increases c-Fos expression but resulted in no inflammatory changes, up to one week, by assessing microglial or astrocytes activations. When tested on the TNI animals, there is a significant pain relief in animals received MENs-magnetic stimulation treatment immediately after the treatment. 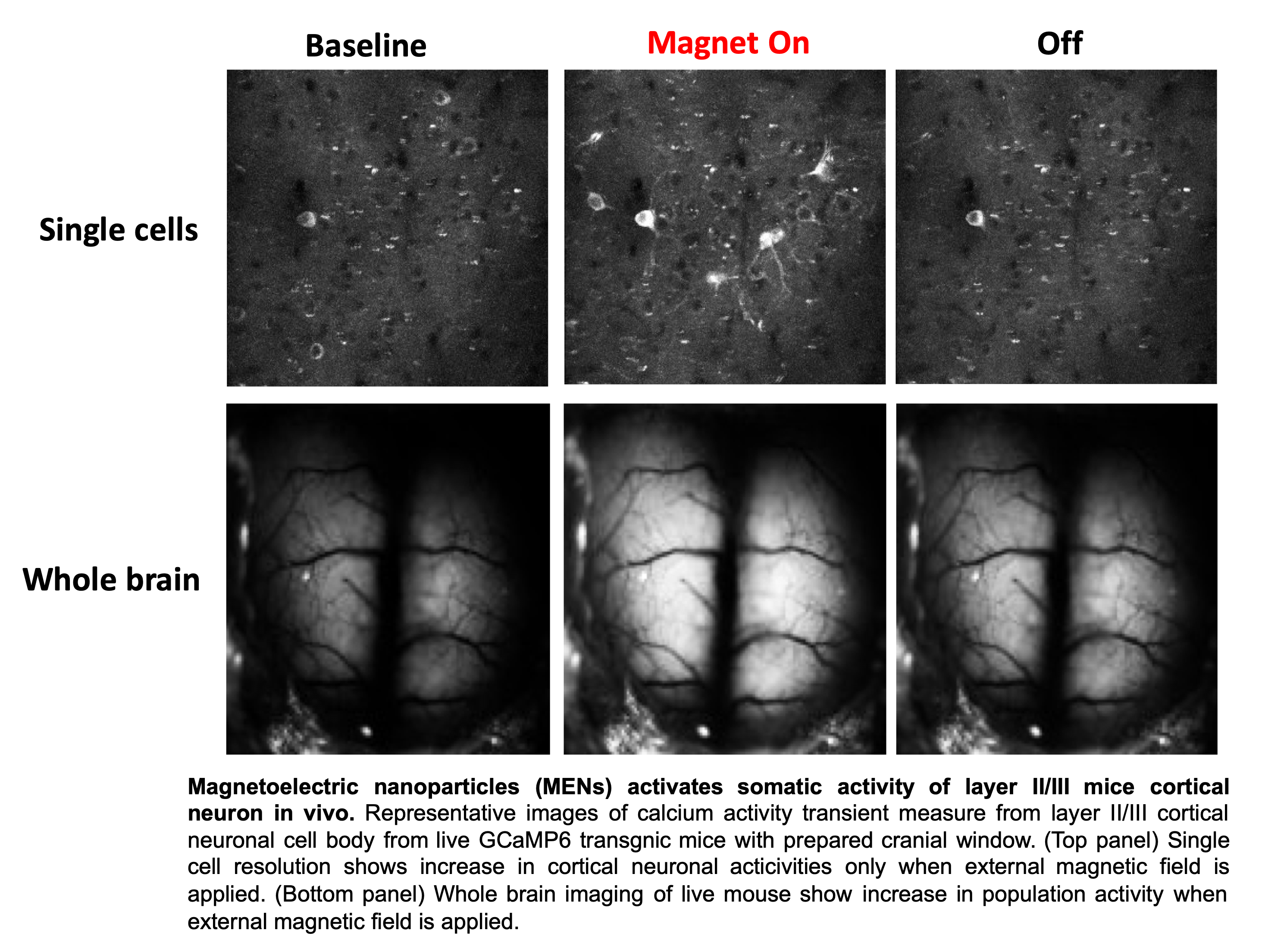